My daughter just emailed me this: a poem for the eve of new year.

When we smile and we say
“Maybe I should have done it another way.”
When we laugh and we cry
“Oh yes I did that right!”

So welcome 2012
The time for reflection is done
And with good faith and open arms
We say the words, “It’s begun” 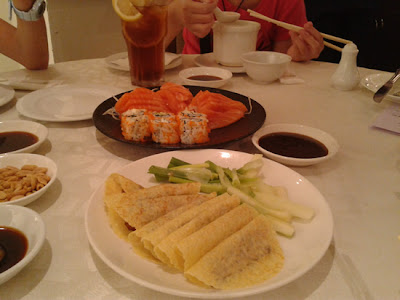 Last year was our last time at "The Lines" Daylight robbery. Way overpriced fare at almost $700 for four of us.

This year failing to get Noble House we went to its sister's restaurant at Paramount Hotel. The food was good and the menu had plenty of items the girls enjoy.
Posted by PengYou at 10:40 PM No comments: 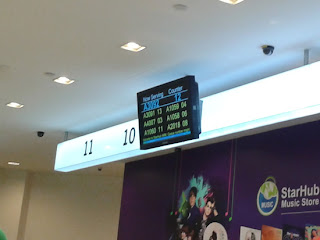 This isn't certainly out idea of spending our anniversary. Waiting at Starhub @ IMM to exchange our faulty set top box for a new one.

We were advised the waiting time would be about 50 mins. Fortunately we needed to be patient for only about half and hour before our turn arrived.