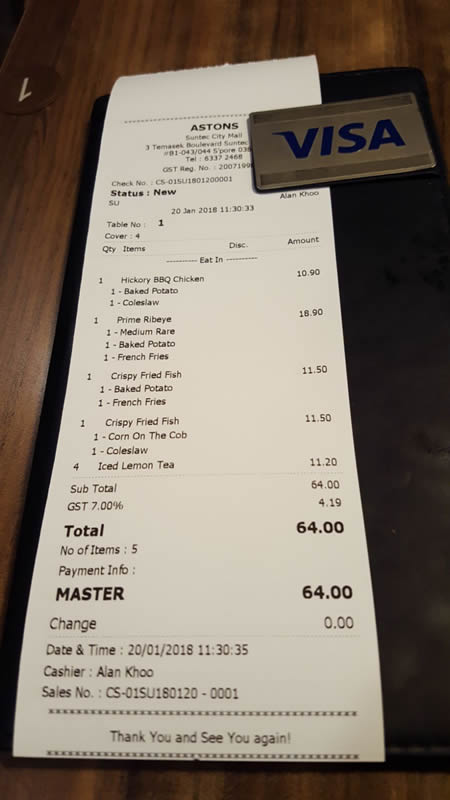 They have up their prices again. We normally pay $60 but not with the chicken but pork chops, and the chicken is cheaper. Next time it would be $66 instead of $60.

I can feel in my gut that inflation is going to accelerate.
Posted by PengYou at 9:51 PM No comments: 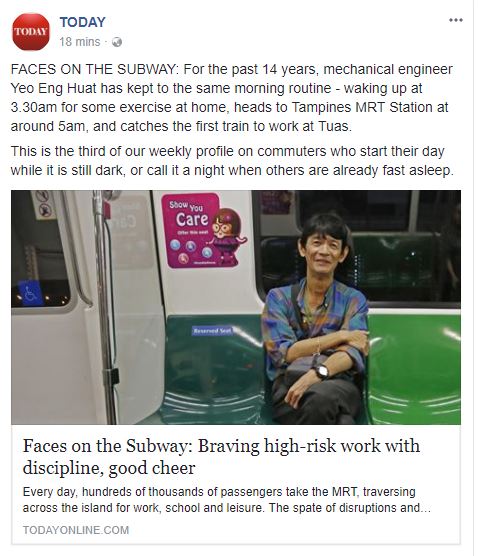 TODAY have been putting out some very interesting stories. I happened to catch this one earlier to today. Is the paper executing a "tell me who and what we are" strategy? It is working for me.

I sent it to my daughter who has started work recently. 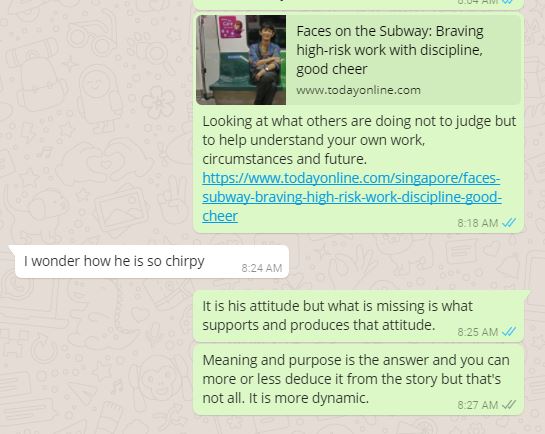 Meaning and purpose in what you do even if the work conditions is unpleasant give you and the job a chance to succeed. Along the way the meaning and purpose will shift. I surmised family was the reason he took the job and now it is the positive contribution he is making to the people around him and generally the personal and social benefits of work. Good honest work.
Posted by PengYou at 1:17 PM No comments: 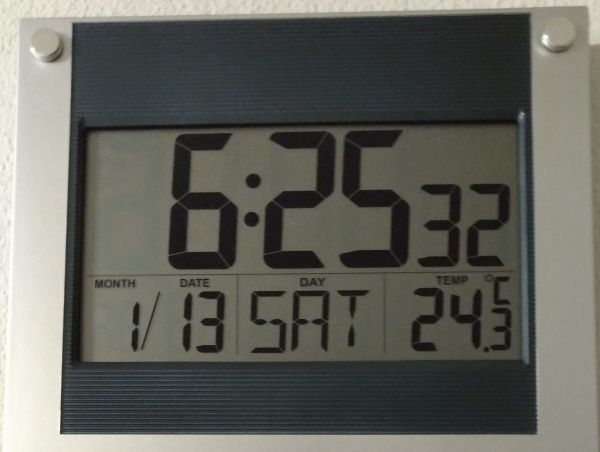 Really chilly this morning, colder than yesterday. At this time of writing the thermometer has gone down 0.2C lower to 24.1C. Pity it is also drizzling and not a good idea to enjoy outdoors, but what can I expect? Without water it would not be possible to absorb enough heat to lower the temps.
Posted by PengYou at 2:03 PM No comments:

"Throwing money" at you 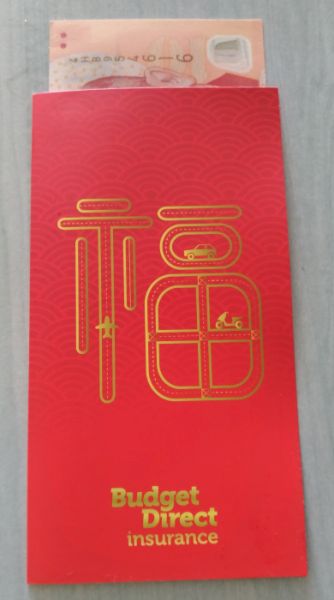 Found this on our car windshield recently. The trouble some folks will go through to get your attention to improve the odds that you would take a closer look at what they have to offer.

This time they succeeded with us except that I can't remember a thing about their offer. They must have learnt by if this is worth the printing expense.
Posted by PengYou at 2:00 PM No comments: 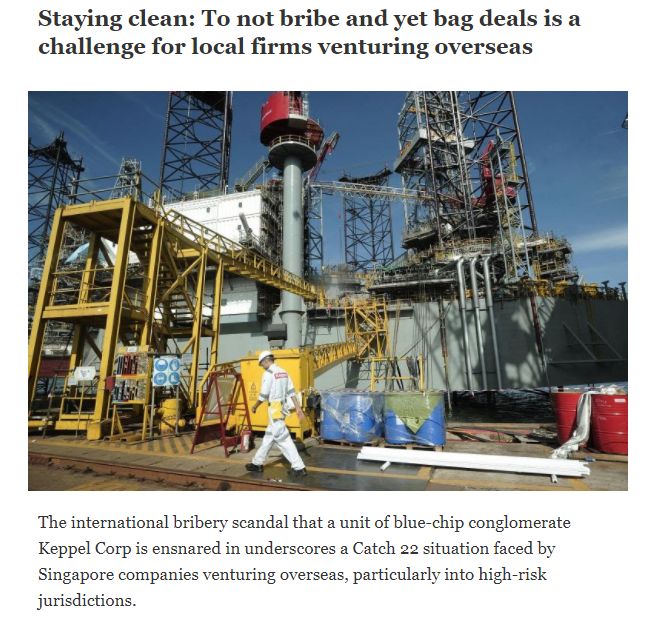 Back in 2011 I sometime complained on this platform that everything in Singapore is for sale for the right price. Recently we have publicly discovered how much Keppel is willing to accept as a prostitute.

The Keppel example shows that after we had learnt how to move from third to first world, we do  not know how to be stay there on those terms other older first world economies are able to. We prided ourselves on offering first world products and services at third world prices, and we did that by importing cheap labor when local labor became expensive. We have gotten all our values wrong and our corrupt neighbors will help us become like them over time because bribing them is the passport to doing business with them. Keppel has forced us to be public about these things when we are not ready or able to stay first world keeping to first world ethics. Our leaders have failed us and threw away the opportunity to up skill the economy and instead imported cheap FTs (plenty of such in Keppel, Semb Corp etc) to do the businesses which we ought to have moved away because we cannot do that without gutting our moral center. That is the sort behavior which will eventually take us back to third world. Of course when that happen, it would simply be spoken as our neighbors have narrowed the gap with us.

We are in denial of our rot because we have politicians who are small in character and mistook their brains for the size of their character. They will learn that it doesn't work. The Chinese are right to point out that we are losing our sheen.
Posted by PengYou at 10:51 AM No comments:

SG 4G leaders: Many want to be PM 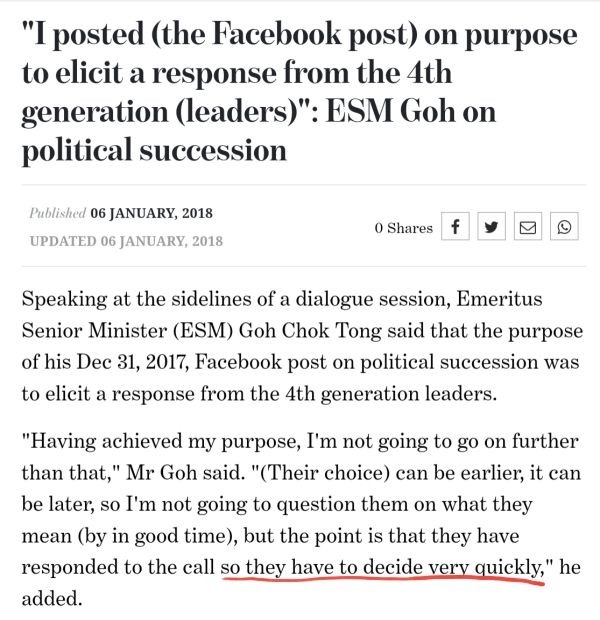 "..so they have to decide very quickly.." ESM Goh forced the pace of choosing the next PM on the 4G leaders. It is regrettable that he had to do this publicly.

In our system even if you harbor ambition to be the PM, it is absolutely politically incorrect to admit that. We just saw it happened not for the PM's job but the president as well. We prized humility but since true humility is so scarce then many of them just have to fake it. Humility became "he has no airs"

The reason why the 4G is not making better progress to choose the leader among them is simply because a few of them want the job and more importantly judged that they have a good chance of getting it. The result is a decision can only be made when they have practically run out of time. That is a terrible idea and ESM Goh would not stand for it.

I think over time we are witnessing the weakening of commitment of our leaders to Singapore to those who are more interested in their own legacies. Unless you risk losing your lives if this place fails which was what was at stake for the founder leaders nobody can resist the urge to make sure their contribution will not be forgotten. Not Churchill or even Lincoln.

To be realistic we need more checks and balance on our leaders since it is a given that a stronger and more secure Singapore will not produce leaders that will always put this country ahead of their self interest. Sometimes they don't just worry excessively over their legacies, they may or it is simply a matter of time prove to be corrupt and greedy as well. See how they have gutted the powers of the two-keys system in the presidency? Not encouraging.

Lao Zi said this on leadership:

“A leader is best when people barely know he exists, when his work is done, his aim fulfilled, they will say: we did it ourselves.”

Lao Zi was too idealistic but he had at least conceptualized the holy grail of leadership. We cannot achieve that but we must keep trying. We need to be more democratic but without going overboard until democracy becomes the reason for bad governance.

What is humility in a national leader for Singapore? "Let Singapore increase and I decrease" Are you willing to be forgotten for Singapore's sake? I don't think so and we must help you put Singaporeans especially the next generation first.
Posted by PengYou at 9:27 AM No comments: 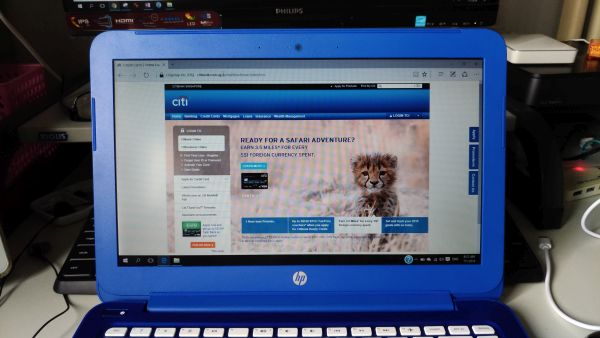 I didn't know the two threats would be called by those names, much less how they exploited the vulnerabilities at the architectural level. What I knew was the designers and builders of our systems exceeded their knowledge when they certify our systems to be safe. There is no fail safe way in computer science or engineering to build a completely secure computer. Safe means the builders can't imagine how security is compromised until it does.

For a while now, I have been using a separate PC to do my Internet banking. In fact beginning from yesterday this PC would be reset to factory condition every time the free McAfee security software expires. At the end of the day, I don't need to be totally safe which is impossible. I only need to be much safer than most others. Like in the safari, it is the weakest and slowest which become prey, so I only need to make sure my systems are stronger and far exceeding my attractiveness to criminals.
Posted by PengYou at 9:00 AM No comments: