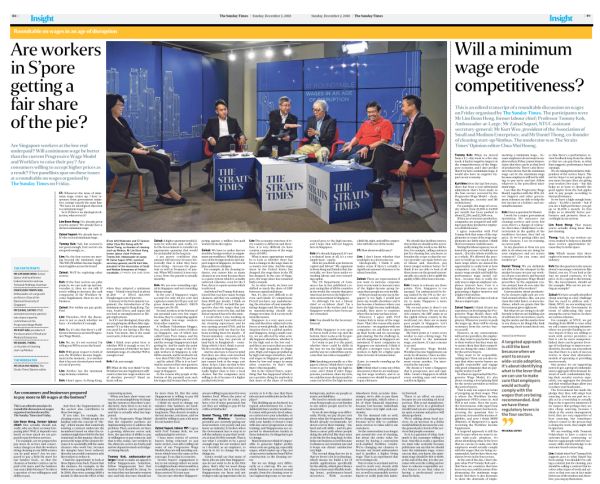 When I look at topics like this, very easily I think of the next elections because lots of us increasingly feel that talking to the PAP is a waste of time. The next election could be a bruising experience for them. Millennials would be the largest voting demographic. Temperamentally given how they are treated in the workplace, I don't think they care to listen to excuses or are interested in process. Show me the results they would say. How they are measured is how they will appraise their government as well.

Tommy Koh's goals were so rock bottom modest - to persuade them on the minimum wage. He did not even point out that even China has a goal of eradicating poverty by the end of the decade which is only two years away. The PAP government only cared that there is a poverty alleviation process but do not care how well it is working. In other words if the poor would go disappear and die quietly, they would be quite happy. There is a grave moral poverty in the party. First the poverty then its corruption. They will find it harder and harder to attract people to join them.
Posted by PengYou at 6:56 PM 1 comment: