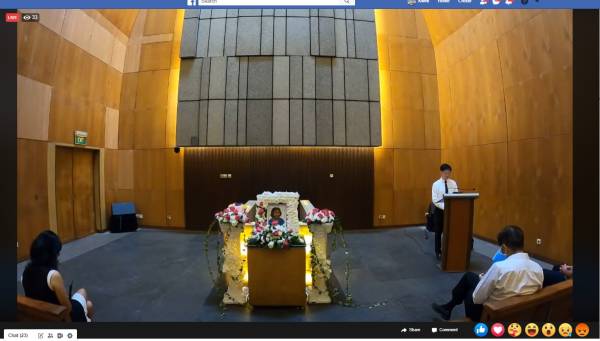 Attended my first e-funeral today. One of countless ways Covid-19 has touched our lives.
The people you said good bye this way, you usually have known them for a long time. She fought cancer for twenty years. In the latter half some of us often helped her to get to or from her medical appointments. I don't need to do that any more.
Posted by PengYou at 5:41 PM No comments: No eating out on Mother's Day. Here is the take away lunch I bought. Secured and ready to drive home. It's her favourite chicken katsu set form Saboten.

The bill size is about half of what is normal times. Especially after they throw in an unsolicited 20% discount.
Posted by PengYou at 5:53 PM No comments:

The book has a trailer

This is new to me: the book has a trailer. I thought only movies have them.

You have to market the book as well. Above all, you have to be lucky as well. That's the life of a writer. You must be in this for the long haul. Most important you must enjoy it; that the journey is the reward. Success is a bonus, not the imperative.

Have fun!
Posted by PengYou at 5:54 PM No comments:

A daughter's Book: Rename the Stars 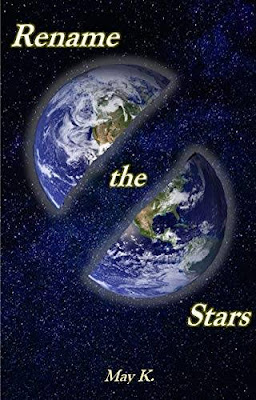 'Rename the Stars' was made available on April 16, a day after the tenth anniversary of the author's grand father passing away. I know him well. He was my father.

She dedicated this book to him. I supposed based on the tales I told her about his life, and the most important decision he made: To be Singaporean

But this book is about the future. It is also relevant to the past because the drama of humanity is a timeless rhyme.

If you like imaginations from Harry Potter and Star Wars, I think you will enjoy this book. Its innovation is to pit magic against technology in a contest of identity and the shape of a civilization's future. I thought it could form a story line for a Star Trek movie as well. Not the simplistic ideas from Star Wars of good versus evil. The narrative conceals bigger ideas of identity and destiny. I asked her isn't it a little like Europeans leaving for the New World. Then in 1776 they decided to make a break with the past and forge a new society? Except that the American colonies and the British fought with the same muskets, her story is more intriguing when magic and technology confront each other.

The story line also reminds me of Singapore too. The Chinese immigrants here had to decide if they would be defined by race or remake themselves as multi-racial Singaporeans. That is why I think the author dedicated this novel to her grandfather. He made the choice to be staunchly Singaporean.

Today my Singaporean uncles often send me Whatsapp messages and video clips admiring and taking pride in the growing greatness of a rising China. I asked myself what's the matter with them? But they were former Malaysian Chinese from my mother's side. They imagined China only. My father knew China well. He lost his father to the communists persecution. He had seen both sides of the Chinese coin. He knew Chinese history well. My uncles who do not, are more easily sold.

'Rename the Stars' is made very affordable at Amazon's Kindle store. I am confident many will find it an enjoyable drama of magic and science fiction, with serious ideas on offer for the thoughtful as well.
Posted by PengYou at 10:09 PM No comments:

Easy to get surgical masks 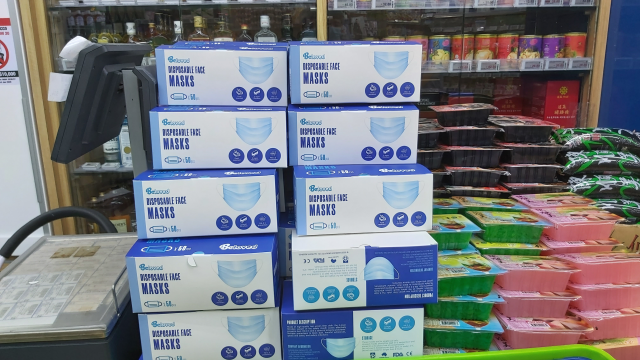 Two days ago, very early in the morning before 6 am, I was at Sheng Siong and spotted this pile beside the cashier. I bought two boxes for $23.50 each. Not made in China but Australia.

Yesterday, also early in the morning I saw they were still available, but not as many.

This morning the pile was as high as in the picture. Again, it was before 6 am. I have taken to buying my groceries when most people are still snoozing.

Obviously, it is no longer that hard to buy face or surgical masks. Looks like everyone is making them these days. 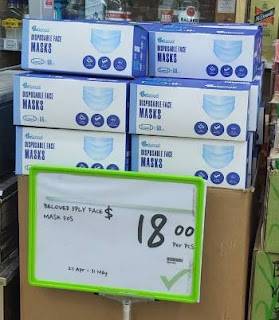 I checked Qoo10. The prices there haven't fallen. I am surprised these have not flown off the shelves. The offer started yesterday and will run till the end of next month.
Posted by PengYou at 5:59 PM No comments:

First Day of the Circuit Breaker 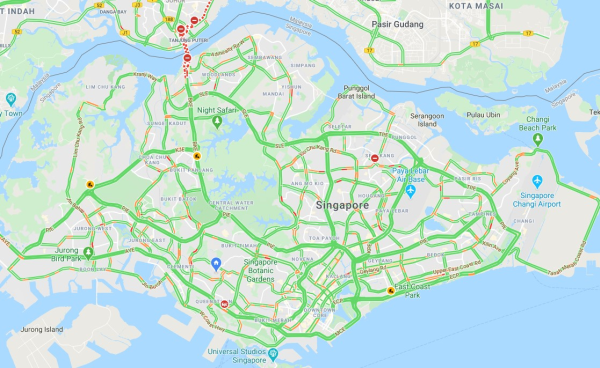 Remember this moment. It is about 6pm on the first day of the Circuit Breaker. Google map shows our streets are green. Traffic free flowing. May such days be few. This coronavirus is an implacable enemy.
Posted by PengYou at 5:53 PM No comments: 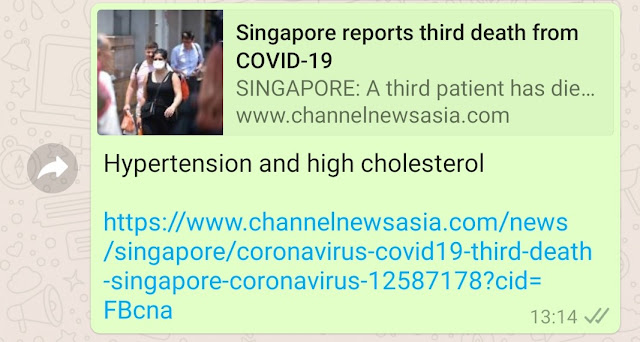 I didn't blog about our first two COVID-19 deaths. In fact, I hardly blog these days. So busy. But now I am thinking about fatality number three, and the reason is because I have been reading more about this pandemic. People who have underlying health conditions are at far higher risk of dying. What health conditions? They turned out to be so common.

Victim number three is a 70 year old who had been living with high blood pressure and cholesterol. The story used two bigger words: hypertension and hyperlipidaemia.

What if this unfortunate man hadn't suffer from high blood pressure and cholesterol? Would he have survived? But I think that is not the point. Who really knows? But his chances would have been much better if he had been healthier. That point was brought home very clearly in a nutritional supplement site which explained this well. It is an unusual website as well. The only one which bothered to explain its science far better than any out there.
Posted by PengYou at 1:32 PM No comments: