Group Sex: When coming to our schools? 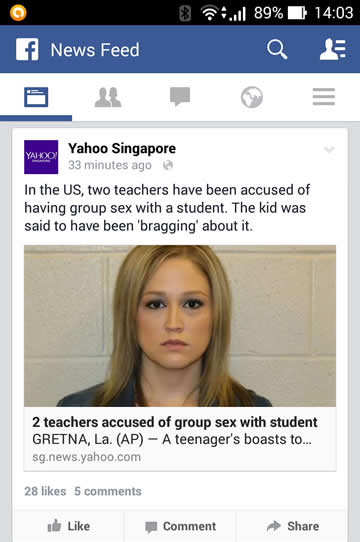 Don't know, but when I came across this two days ago, my immediate reaction was when is something like this coming to Singapore.

Perhaps it is already happening but nobody has yet been caught and so remain private.

Can we reverse this? I think it needs to get worse before we can expect improvement. Public policy can't do much. Individual families have to own this and it is not easy. Vulnerable families are sitting ducks. Religious leaders by and large are morally powerless because they never earned but had inherited their moral mandates. 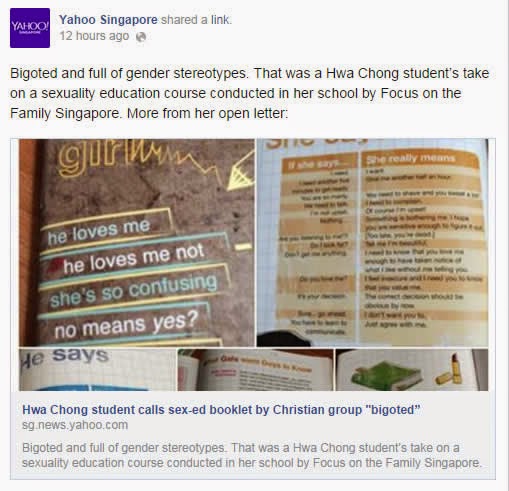 I think in public we have more people standing with Focus on the Family but in private the picture is probably quite different. Folks who thought like this Hwa Chong student are probably gaining in numbers.

People are going to experiment, we are getting more diversity in relationships and sex. Along the way some of these practices will be discarded because they turned out to be empty and unsatisfying. Just as the hippie movement died off so it is the same here.

True colors of badness is always superior to hypcritical virtue. That is how I sense one camp versus the other. You can redeem the former through grace but the latter will end in condemnation. True virtue is rarer than large diamonds and is crowned with humility. That is how you tell one from the other. Virtue without humility is just hypocrisy and that is why Focus on the Family is so unattractive compared to the Catholic Pope Francis. I thought I read the Catholic church is gathering to discuss such issues soon. The Pope and his confidantes prayed a ton before meeting. I think that is how they get themselves prepared and ready.

Understand the irresistible currents of history. 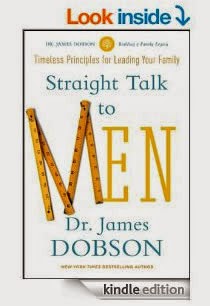 As a young man I was immensely helped and guided by this book by James Dobson, the founder of Focus on the Family.

When they are dogmatic, they make the prideful mistake of putting God in a box. Then they become hypocritical from their doctrinal correctness. Good Christian diversity is expunged and growth stopped. Everyone is under pressure to appear to be living by the right doctrine. Form trumps substance and to experienced observers you can see the fake in them. 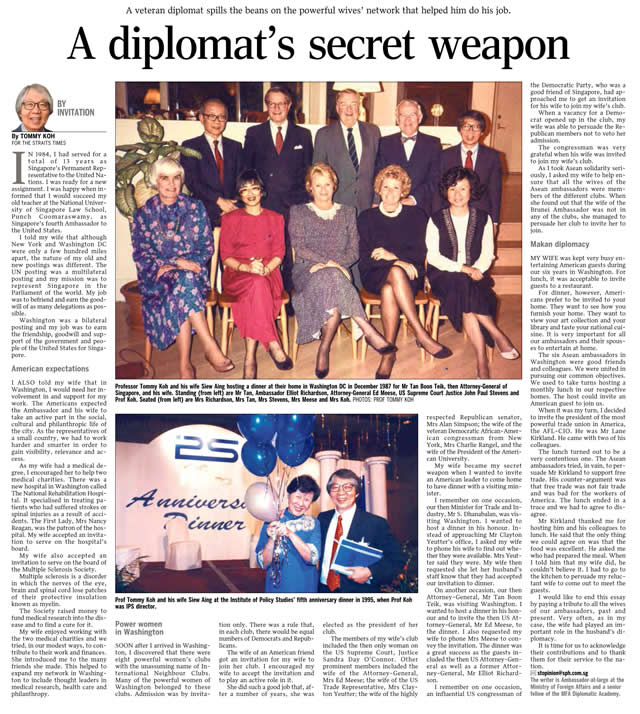 I don't know how many sittings I need to finish reading the papers today. Most likely this will be an unfinished task. Anyway I was lucky to come across this contributed by Prof Tommy Koh today.

In his piece, Tommy Koh praised his wife's efforts and success in helping him with his work. The roles they each played in the family and work would be text book perfect for the ideas promoted by Focus on the Family. I don't believe Tommy Koh is a Christian but those ideas are good for anybody's happiness and success. (errata: got a message this morning Oct 9 informing me that Tommy Koh and wife attend his church)

Who is Agatha Tan? All we know is that she is a JC1 student from HCI. Does she happen to have very good friends who are LGBT? Is she LGBT? Therefore that session in school provided an excellent opportunity for her push back? Procedurally it was only proper that she added the necessary self disclosure. But she is only 17 years old more or less.

The problem with this issue is that it is too complex for a public shouting debate as inappropriate as always per indulging in megaphone diplomacy. FoTF was caught like a deer in the headlights and I think they deserve to be whipped for this. They have no business crossing the lines into others territory. Ditto for AWARE in an much earlier episode. FoTF failed to learn from that especially when they crusaded against AWARE teaching sex education in our public schools. How could they have? They were blindsided, they thought it was a war which they (moral) versus AWARE (immoral).

If you are sure that you are right, as Christians the way to do it is to live it and only occasionally with deep humility point out the wrong. Don't seize the pulpit and pontificate. That is the mistake of FoTF, and worse to do that by stealth. That makes you no better from Kong Hee's CrossOver project trying to stealthily convert more nominal tithe paying Christians.

Agatha Tan is one rude young girl. You are not equal to your teachers much less your principal. You presume he has the time to read your lengthy letter. That is a blatant act of disrespect. A pity you are in a top school but not taught the right manners, and I haven't gone into the language and tone of your writing. Someone needs to put her in her place. She is not entitled to be treated as an equal to her principal. Want to be treated as an equal? Regardless of age, earn it first. Similarly FoTF earn your right to speak about such matters first. I had earlier suggested that our religious leaders often inherited but didn't earn their moral mandates. Ditto ministers who thought they had earned the right to scold us publicly. You didn't risk your lives to gain the right to scold us like LKY and his early colleagues had.

Our democracy is at risk if people fail to know and earn their places. It will lose its integrity like we see in many other countries.