Corruption in the CPIB 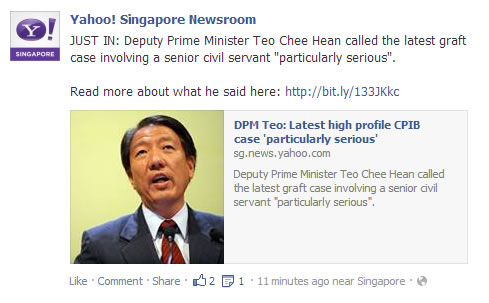 I kinda recall as kid that teachers, police officers and civil servants were not permitted to indulge in common vices, which gambling was one. So why was this Assistant Director of CPIB Edwin Yeo patronising the casino at MBS?

No point speculating and jumping the gun. The PM said the Head of the Civil Service will report the findings of the inquiry by the end of this week.

Common sense informed me that if you want to stay out of trouble don't go near nests where troubles breed. The IRs are definitely one of those places. Officers trying to test their ability to endure temptation should be disciplined. Why wait till they succumbed? This time it is just money, another time it might be our national security. 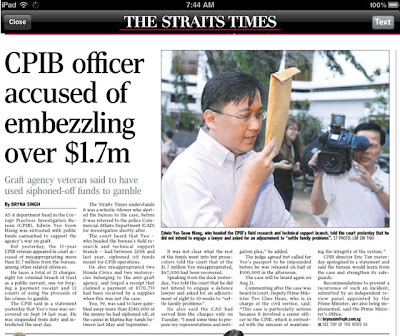 He is going in, he is not going to waste court time.

To me he is history what we need to concern ourselves with is the future. There must be as I said before an uncomfortable number of corrupt officials still not yet caught. They might really be regretting in private now but it's too late. Too much of that "just don't get caught" mentality around for too long.

I don't buy Teo Chee Hean's conclusions from the joint findings of the CAD and CPIB. What I want to know is the trend. Don't just tell me there is no change in the level of uncovered corruption over the past five years. Go far back enough to tell us how things have improved or gotten worse. A flat line on a graph for five years, what does it mean? Would there be fewer cases from the civil service in future? You know this thing is a cancer and you want to keep getting better at rooting it out.

Don't stop at just gambling OK. There are a few more vices to be included. How could you all have missed them in the first place. In fact, I was even thinking there were such rules. I had that impression from a very young age. Now it seems like in those days, civil servants were more careful and following some unstated OB markers. 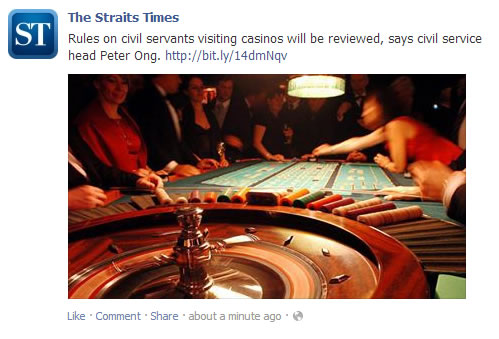