Iraq: The terror of the ISIS 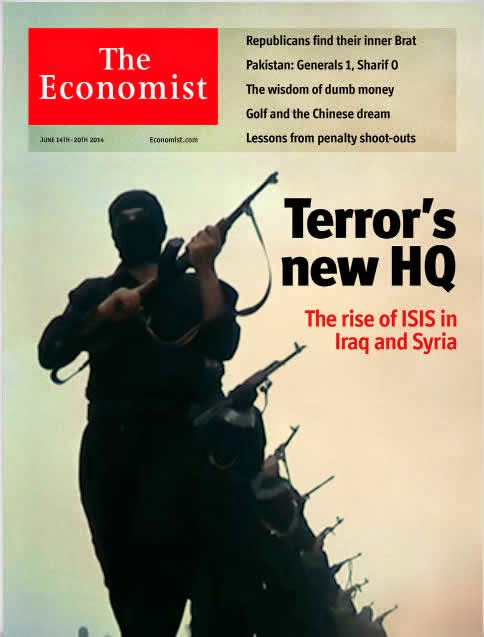 I have no time to follow this closely but we all need to have some idea what is going on.

This is a bunch intoxicated with religion and then misread their creed to fulfill their power ambitions using God to legitimize the cruelty of their methods.

I think the ISIS will eventually be beaten on the battlefield because they are too much in a hurry. The larger and lost lesson is the Middle East since the colonials carved it up into unnatural states had always been they are inherently unstable. Ridding the tyrants that rule those countries only served to unleash the subterranean forces which could not be contained except with a secret police. Since these are basically family and religion quarrels there is no chance the US could impose its will successfully. I think Obama knows this judging by the way he had responded to the situation in Syria. Therefore the American interest is to protects its reputation in order than she can be effective globally. This is developing into a paradoxical situation where the Iranians help become indispensable to ensure the sanctity of statehood for Iraq. This is now clearly a Shia vs Sunni war which will go on for a very long time. Territorial maps will be redrawn after much violence and bloodshed. Outside powers immediate interest is to make sure the conflagration do not grow. The will and means to defeat ISIS will quickly develop as people become clear of what is at stake. ISIS cannot hope to see and chase after fleeing government troops anymore.