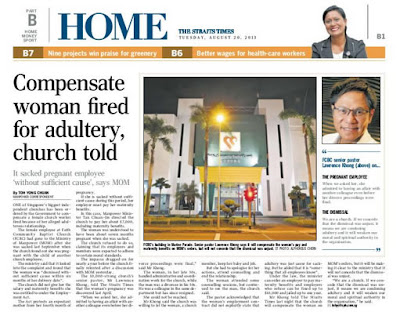 I have no time this morning to write about this. Breakfast Network has a good write up on this issue. How appropriately titled: The difference between right and rights.

Methinks the Christians couldn't carry this issue in a godly manner because they have lost how to be separate and also inclusive like Jesus was. Theirs is a Christianity of forms rather than power - modern day Pharisees. I shouldn't be surprised they had tripped themselves up and not for the last time.

Going forward these folks would be thinking and praying how to get more 'godly' Christians into government aping the American religious right eh?

They always think God is on their side, quite unlike Abraham Lincoln who had the humility to wonder if the Union was on God's side.

I can't tell you how to be separate and also inclusive. You know it when you see it and Pope Francis is the most prominent example of that but there are countless such believers going about it very quietly. One such guy wrote and published his story: The Irresistible Revolution: Living as an Ordinary Radical.

Just found this and I am going to download this book. Already I have a hint where it is coming from. See the highlight:

Despite common misperceptions, grace is not safe. It’s not easy. Frankly, it takes courage to show grace to those who deserve less. Oftentimes, the person showing God’s grace gets counted among the sinners, just as Jesus experienced centuries ago. Gayle explores the story of Jesus forgiving the adulterous woman to reveal the courageous side of showing grace

The Rev Lawrence Khong could pick up some points from books like these.

I do not read TNP and yet I came to know about this. Sigh! All the wrong publicity. 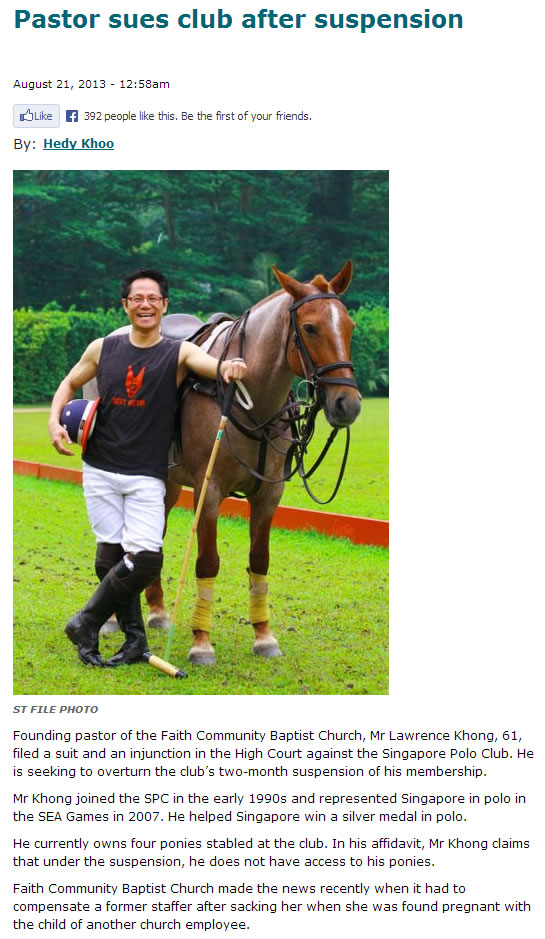