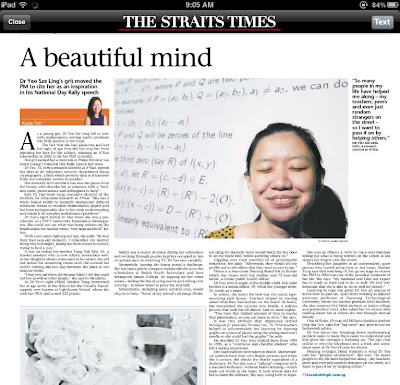 This is from the Sunday Times yesterday. I was so happy and inspired by her but I also can't helped comparing her with my daughter's experience.

Many people including strangers helped her. I have also lost count the number of times I had helped a visually handicapped person too. It is easier to empathize with such because we can imagine how traumatic and difficult if we couldn't see.

Because my girl's disabilities are not casually visible she had often ended up on the other end instead. Some teachers were even hostile but most were just clueless and frustratingly clumsy. In the background I had to do a lot of repair work but we were fortunate she had a couple of the best teachers in the system. One was often a finalist for the PAT and the other won the award. 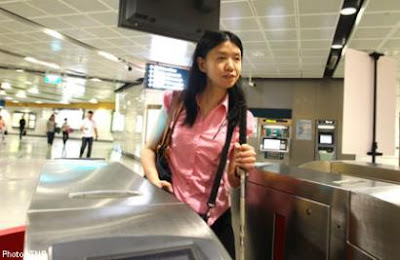 I like this pic of Dr. Yeo. TNP made an excellent choice to publish this.