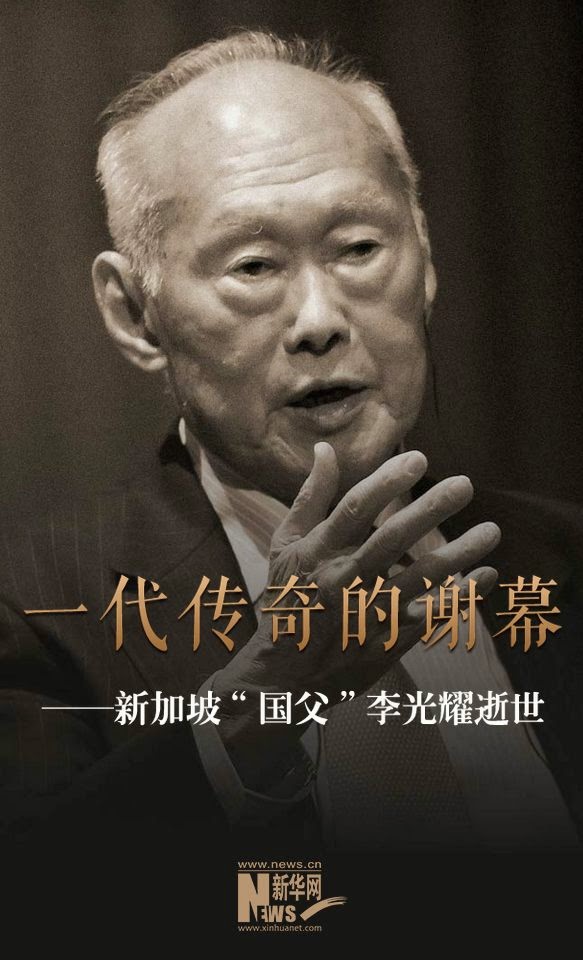 This is the front page of what Xinhua has put up to honor the life and work of our late founding PM.

And here is the tribute to Lee Kuan Yew by President Obama, Joe Biden & Jill etc from the US side.

From Low Thia Kiang we have 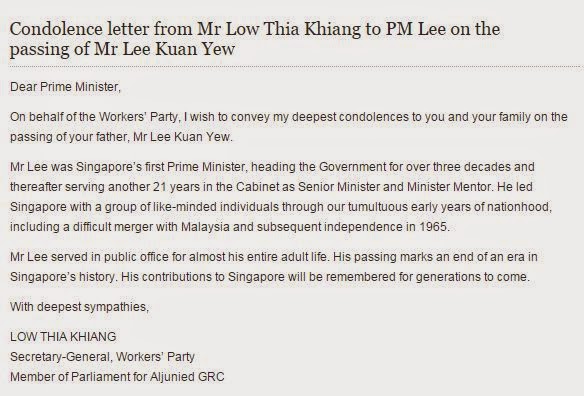 To save time, I just exchanged messages with my siblings on this topic. The transcript. 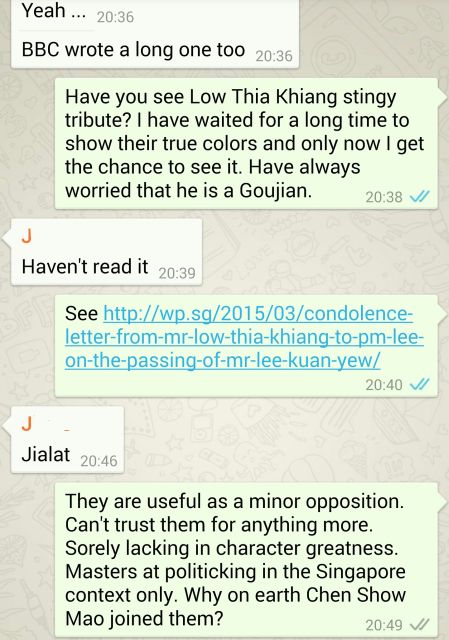 Despite being hounded and bullied by the PAP, Low must still show magnanimity. Political high office aren't for ordinary men and women. He is not extraordinary enough. This guy will serve his interests, focus on his pet projects than putting the people first if he ever becomes our leader.

Low could have written like he had perhaps for another of our PMs when the time comes, but LKY was special and it is revealing of the man's character and attitude that he publicly failed to recognize that. In many ways LKY transcended politics even if he operated from the political arena. Like it or not, he is part of our social and political DNA. To me any leader who fails to recognize that disqualifies himself or herself. Can you imagine any US President pouring scorn on George Washington, Thomas Jefferson and even later Abraham Lincoln? Even the Chinese kept Mao for all his terrible mistakes. For all the Great Helmsman faults, China would still be mired in darkness without him.

Compare Chiam See Tong's condolence letter to Low Thia Khiang's. Kudos to Chiam, ever the gentleman and patriot. He likens LKY to Singapore's Churchill, which is the view held by Nixon of Lee as far back as the 70s. 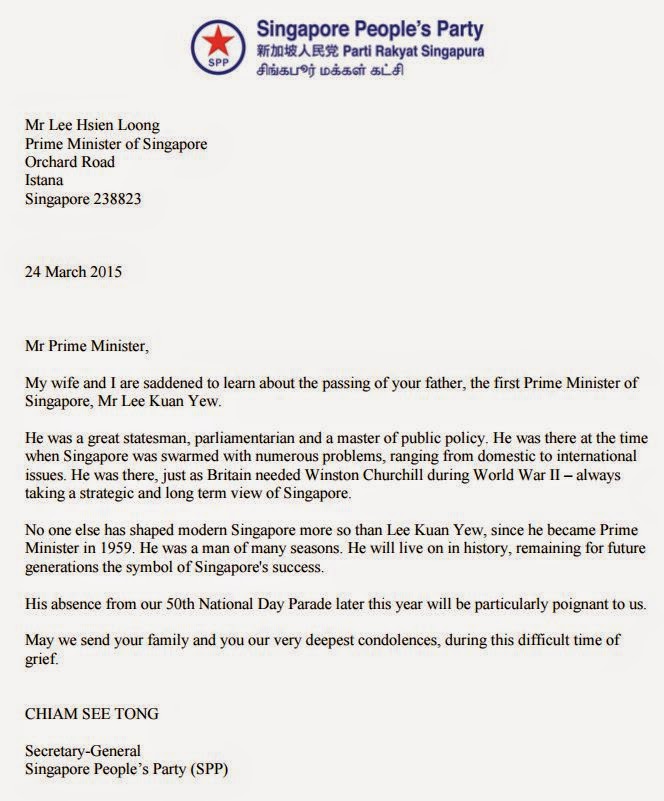 Mr. Low, eat this! New Zealand's parliament pays tribute to Lee Kuan Yew. And who are those ignorant people who left some comments for me like they were from another planet? Eat this too.

Thanks TOC for this.

You can naturally expect like the Kiwis, the Aussies to also pay tribute to LKY. 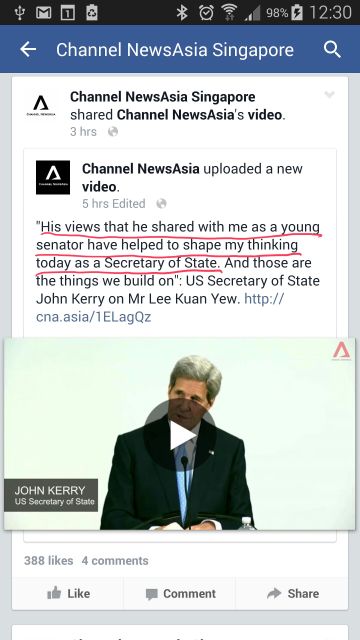 The secretary in his own words.

"His views that he shared with me as a young senator have helped to shape my thinking today as a Secretary of State. And those are the things we build on": US Secretary of State John Kerry on Mr Lee Kuan Yew. http://cna.asia/1ELagQz
Posted by Channel NewsAsia on Wednesday, 25 March 2015